Bikaner is famous for its historic forts, monuments, palaces, havelis in narrow bylanes and the Thar Desert as its added advantage attracting visitors and foreign tourists throughout the year. The walled city reverberates with historical details and stories of valor displayed by the Rajput clan in defending it from the Mughals. Tourists and visitors who have utmost interest in historical facts and findings of yesteryear should pay a visit to the museums in Bikaner which are storehouses of antique material, artillery, lithographs and innumerable artifacts of world class value. Some of the museums in Bikaner worthy of visit are Ganga Singh Museum or Ganga Golden Jubilee Museum, Sadul Singh Museum, Prachina Museum and Rajasthan State Archives.

Museums to Visit in Bikaner

The museum is considered a gem for being the storehouse of Bikaner paintings, Terracotta products, artillery, coins and excellent display of artwork and artifacts from Kushan, Gupta and Harappan civilization period along with carvings from ancient era as well. Ganga Singh Museum is housed close to the Lalgarh Palace since 1937 but later transferred to Civil Lines in 1954 and administered by the Rajasthan Government. The museum is divided into several wings, namely Local Arts and Crafts, History, Sculpture Terracotta and Bronzes, Armoury, Maharaja Ganga Singh Memorial, Dr. L.P. Tessitori Memorial Wing, Miniature Paintings and Folk Arts and Lithographs of the British rendition of war of independence of 1857. 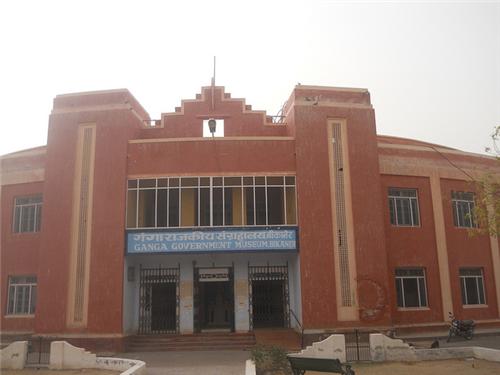 The museum stores the silk cloak or Furgal of Emperor Jahangir (Salim) gifted to Raja Rai Singh of Bikaner; principal functionary of the emperor in 1596 along with Farmans dating back to the Imperial rule of the Mughals and released with the royal seals from Emperors Shah Jahan, Jahangir, Shah Alam and Aurangzeb. The museum is revered for being a storehouse of all miniature collection of Rajasthani paintings from schools of Bundi, Mewar, Jaipur, Bikaner and Jodhpur. Terracotta artwork and artefacts from sites of Indus Valley Civilization and Kalibangan, ancient Theris of Badopal, Rangmahal, Hanumangarh and Suratgarh in Bikaner excavated by Dr. L.P. Tessitori. 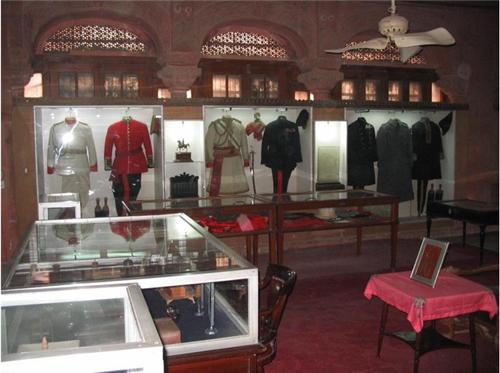 Besides wood and stone sculptures including a replica of Gajner palace, a teak table, an Ikka (horse carriage) and chariot are masterpieces displayed in the museum with extraordinary lacquer work by craftsmen of Bikaner from metal, wood, glass, leather, ostrich and stone shells.

The museum was set up on the initiative of Siddhi Kumari; daughter of Late Maharaja Narendra Singh of Bikaner in the year 2000, in order to uphold the ethnic variety and exhibit the monumental identity of the treasures of Bikaner. Housed on the premises of Junagarh Fort in Bikaner, the museum displays a wide array of royal apparel, fabric and supplements and the costumes or Poshak worn by the royal ladies are remnant of the past glory and excellence of the artisans in designing these conventional apparels.

Prachina museum also displays a variety of family portraits alongside several accessories that indicate considerable influence of Western culture and the generation gap in between with a great display of art and craft of Bikaner till present time. The cultural centre within the museum strives to showcase the art and craft of the artisans who sell and display their artefacts to promote their indigenous culture alongside the library which stores a grand collection of books on the rich cultural history of Bikaner. The centre is incumbent on promoting the extraordinary folk art of Marwar and reviving it by encouraging visitors to take interest in the art and local tradition. The collection of crockery, cutlery, cut glass accessories, European wine glasses, wood carvings, rugs and carpets in Prachina Museum is fascinating. 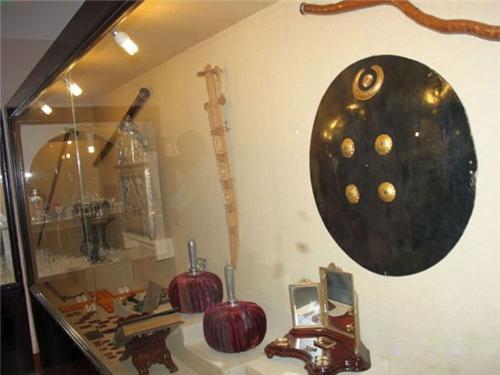 This museum is a unique masterpiece housed inside the Lalgarh Palace in Bikaner for being created in the memory of consecutive kings, the likes of Maharaja Ganga Singh, Maharaja Sadul Singh, and Maharaja Karni Singh. The museum is an endeavor to showcase the mammoth collection of artefacts, paintings, Georgian portraits and hunting prizes along with the different wings dedicated to each king for their life’s contribution and collection. The museum was an effort to display the huge collection of library books, miniature paintings, artillery, textiles and costumes and artefacts inherited by Maharaja Dr. Karni Singh of Bikaner and his daughter Rajyashree. Hence the museum was created and named after his father Maharaja Sadul Singh Museum in 1976.

The museum has a rare collection of artefacts inherited and owned by the successive kings of Bikaner and encourages young research scholars to take avid interest in the collections and study of these specimens.

Admirers of history on a trip to Bikaner should not miss the Rajasthan State Archives housed in the city with a mammoth collection of government files dating back to Mughal era, the likes of Nishans, Persian Farmans, Akbarat, Wakil files, Manshoors, Khatut. The depository also is a storehouse of reports dating back to Rajasthan’s princely state era, Pattas, Parwanas, Bahiat, Chitihat and Rukkas.  This place is a paradise for researchers who can have access to the library and other facilities along with the record gallery which exhibits vital documents of utmost respect.

Bikaner is the base of Rajasthan State Archives with its seven branches spread across the state in other cities.

How to Reach the Museums

The museums in Bikaner can be accessed via railroad from Bikaner junction, from Jodhpur airport by air, from RSTRC buses and private cabs within the city or via National Highway 11 from neighboring cities in Rajasthan.