Usta Art Work and The Miniature Paintings of Bikaner

Rajasthan has always patronized various forms of art-works since the ancient period. From the Puppet (Kathputli) art to the Meenakari, from the Glass painting to Filigree Jewellery Work, from the tie and dye print-work to the Terracotta or wood-engraving work or the famous miniature art work - Rajasthan offers all such exquisite works of art for centuries. But during the time travel as some forms were sustained with proper establishment, some were extinct, some were just survived the toll of time.

The Usta Art Form of Bikaner 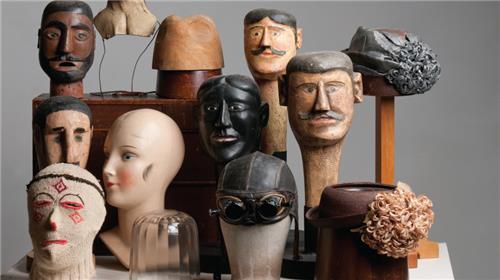 source
Utsa is an art form which has the genesis at Iran but was brought up and nurtured in the soil of Rajputana. The original art form was flourished in the Mughal durbar of Delhi and some other Mughal reigned parts of the western India. Bikaner was one such place where this particular art form was not only thrived but also amalgamated with the local culture of Rajasthan. And this amalgamation was favoured by the King of Bikaner, Raja Rai Singh.

He took the initiative to bring some eminent Utsa artists to Bikaner and those artists widened the art by developing a new stream. The name Utsa itself came from the Utsa faction of the Muslim community who were associated with this art-form. The magnificent works of this new stream could be seen at the fascinating Anoop Palace, Karan Palace, Phool Mahal and Chandra Palace of Junagarh Fort in Bikaner. These the wonderful Utsa work can also be found at the Rampuria Havelies of Bikaner, Nizamuddin Aulia in Delhi, Ajmer Sharif Dargah and Amir Khusro’s Mazar in Junagarh Fort. With time the Utsa art conflated with many more elements such as animal skin especially the camel skin in this case and wooden materials etc.

The camel hide is embossed in beautiful multidimensional meenakari design and then painted in mainly golden, silver and other vibrant colours. The Utsa art is ubiquitous in palaces all over Rajasthan and still thriving by merging both the traditional process and modern moderation together. Mohammad Hanif Utsa, Javed Hasan, Hisam-ud-din Utsa, Ayub Utsa, M. Iqbal are some leading names of Utsa art and craft of Bikaner. The beautiful art-work is a proud possession not only for Bikaner but also for the whole India. 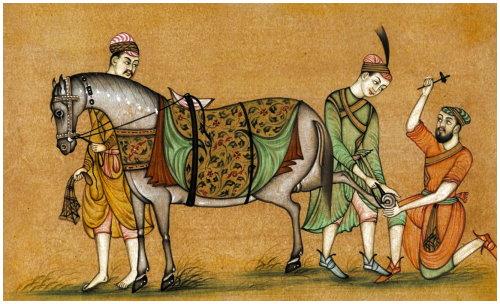 The miniature painting was particularly adopted by the artists of Rajputana and the evolved style was started being called the Rajput or the Rajasthani Miniature. There are still many factions of the Rajasthani Miniature are existent in Rajasthan itself. Kota, Mewar, Bundi, Marwar, Jaipur and Bikaner Miniature are the most notable miniature schools to mention. The Bikaner miniature provides with minute detailing, the vivid colours with symmetrical patterns.

And the usage of leather, cloth, marble boards, wooden tablets and ivory panels make these illustrious paintings a treat for the eyes and souls. We mostly find the Krishna Purana, Bhagwat-Katha, the history of Rajputana and several mythological stories as the dominating subjects for the Bikaner miniature. This form of artistic magic is still thriving in Bikaner as well as the whole state and makes it to the most well-known art-form of Rajasthan.

Explore more about Culture and Tradition in Bikaner