Bikaner in Rajasthan is crowned as a popular tourist spot for housing so many sightseeing options that cannot be completed on a single visit. The walled city with narrow by lanes transports a traveller to the days of Rajput era and the city is brimming with historical shrines, archaeological sites, relics that are too palpable to miss. Especially if a traveller is an admirer of unraveling historic past, a trip to Kalibangan in Rajasthan is highly recommended which is situated very close to Bikaner. Situated on the banks of the Saraswati River where the erstwhile Indus Valley and Harappan civilizations flourished, Kalibangan day trip will be definitely worthy. 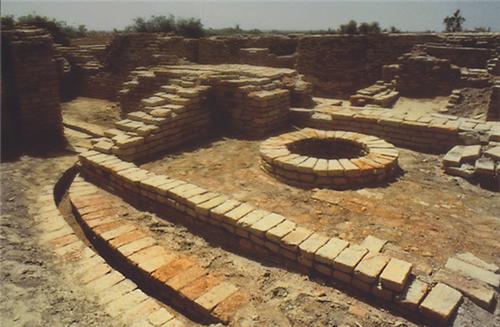 Kalibangan located in Hanumangarh district of Rajasthan was excavated by archaeologist Dr. A.Ghosh since 1960 and it is a 205 kilometres journey from Bikaner. Housed on the banks of Ghaggar River, the site is enriched with findings from early Harappan and Harappan era and visitors will be enthralled in viewing the remains from the period. The findings reveal a lot about the culture and civilization along with the early possibilities of town planning along with excavated metal, copper and bronze objects, figurines. The fortified bastion situated 10 metres above ground excavated in Kalibangan from the days of Harappan era explains a lot about the traditions, artisans and life of the early inhabitants and a visit to the cemetery will transport a person to the days of the Harappan civilization itself. 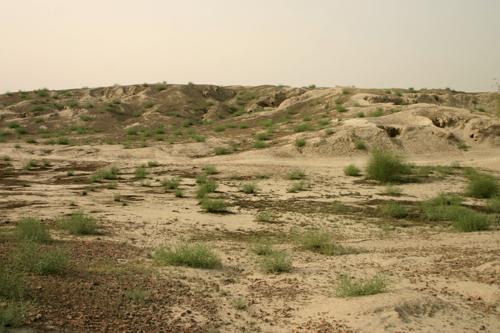 A visit to Kalibangan communicates to the tourists about the ceramic handicrafts, pottery art and painting industry that thrived in Rajasthan during the early and Harappan civilization period. Tourists will be curious to find out that Indus Valley and Harappan Civilization in Kalibangan flourished between 3000 B.C -5000 B.C. Among interesting findings at Kalibangan which might be of interest to tourists are a farmland, prehistoric cemetery, proof of fire and nature worship, water harvesting pits and enough evidence into the life, rituals and religious exercises of the people from Rig Vedic Age. Located exactly off National Highway 15 towards Suratgarh, Kalibangan is Rajasthan’s pride and honour and tourists and travellers on wanderlust should definitely pay a visit to the historical site from Bikaner.

The most fascinating excavations found at the site are the walls of the houses made from mud bricks and not burnt or baked bricks along with embellishments, pottery items with paintings on them in colours of red, pink and black.