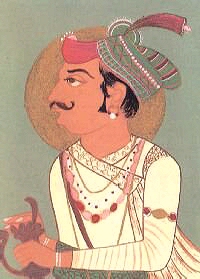 Before 15th century, the area which now is known as Bikaner came under Jangladesh, which was a barren wilderness. Bikaner got its name from Rao Bika who established it in the year 1488. He was the second son of Maharaja Rao Jodha of the Rathor clan. He was the founder of Jodhpur and conquered the arid regions situated in north of Rajasthan. Being the second son of Joda, he did not get any chance to inherit Jodhpur from Bikaner in Jungladesh area.

Bikaner served as an oasis for traders, between Gujarat coast and Central Asia, as it contained sufficient spring water. Name of Bika got attached to the city and the state of Bikaner was built. He also built a fort in 1478. After about 100 years, another fort was built at a distance of 1.5 km from the center of the city as was named the Junagarh Fort.

After about a century, the state of Bikaner was founded. The fortunes of the state flourished under Rai Singhji, the sixth Raja, who ruled from 1571 to 1611. During the rule of the Mughals, Rai Singh accepted suzerainty of the rulers and enjoyed a high position as an army general in the court of Emperor Akbar and his son Emperor Jahangir. Rai Singh won rewards and accolades from the Mughal emperors through the military exploits that included winning almost the half of the Mewar Kingdom.

He received lands of Burhanpur and Gujarat. He earned large revenues from jagirs and built the fort of Junagarh on a plain that had an average elevation of 230m. He had immense expertise in architecture, arts and gained detailed knowledge during his visits that is clearly evident from the different monuments he built at the Junagarh fort.

One can get accounts of internecine wars in the 18th century between rulers of Jodhpur and Bikaner as well as among the Thakurs that were put down by British troops.

The Reign of Maharaja Dungar Singh

Dungar Singh reigned in Bikaner from 1872-1887. He constructed the 'Weather Palace' or the Badal Mahal and named it after the falling rains and clouds, that could be rarely seen in Bikaner.
General Maharaja Ganga Singh also known as the Prince of Rajasthan ruled from 1887 to 1943. He was the favorite British Viceroy of India. The Order of Star of India appointed him as the Knight Commander. He also served as the Imperial War Cabinet member. Apart from this, he also represented India during the First World War in the Imperial Conferences and the British Empire at Versailles Peace Conference.

The Reign of Maharaja Ganga Singh

General Maharaja Ganga Singh built separate halls for the private as well as the public audience in the Ganga Mahal. He also built a durbar hall, where different formal functions were performed. He developed the Ganga Niwas Palace that towers at the entrance of the patio. The palace was designed by Sir Samuel Swinton Jacob, which was the third new palace developed in Bikaner. The place was named Lalgarh Palace in honor of his father and moved his main residence in 1920 from the Junagarh Fort. The hall where he celebrated the Golden Jubilee, as the ruler of Bikaner is now a museum.

The Lieutenant-General Sir Sadul Singh, the son of Ganga Singh, the Yuvraj of Bikaner succeeded his father in 1943. Again, in 1943 he acceded the state to Union of India. In 1950, Maharaja Sadul Singh died and he was succeeded by his son Karni Singh.

Even today, the royal family lives in the Lalgarh Palace, a major part of which has been converted into a hotel.