Culture and Tradition in Bikaner

A unique combination of modern and ancient culture blended into a city with full of sightseeing possibilities nestled amidst the Thar Desert, Bikaner is an oasis for travellers in Rajasthan with its colourful houses, havelis, forts, monuments and its people. The city with its fortified citadel is a crowd puller for its distinct culture, art, handicrafts, austere lifestyle of the desert people and of course its affinity for endless celebrations and merrymaking. The endless festivals and fairs, folk dance and live performances, the delicious food platter attract travelers to Bikaner in Rajasthan from every corner of the globe. Hindi and Marwadi is the common dialect and most spoken languages in Bikaner and the Bikaneri Bhujia and sweets are yummy treats in the city. 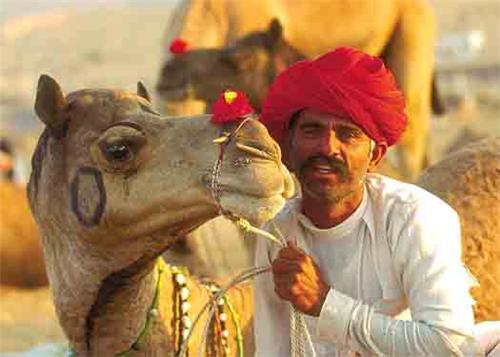 Music and Dance in Bikaner

Bikaner experiences a mixed cultural melee comprising both Hindu and Muslim population who live in harmony, something which has its roots in the past era when Mughal and Rajput warriors fought and lived in unison; and almost both communities celebrate the festivals with fanfare. Bikaner’s essence lies in its traditional and folk music for example Talbandi or Dangal form which evolved over the ages.

Recital of verses and poems in musical format is also popular in Bikaner and it is considered inherent within a few communities like Jogis who narrate via their musical recitations the life of religious persons. They sing verses in praise of these religious characters like Bhartihari, Nihalde Sultan, Shivji ka Byahwala. Bhopas or the singing priests as they are commonly known also perform musical recitals in their traditional costumes and they narrate the stories of valor of Rajput rulers and old saints of Bikaner. The other musical communities in Bikaner who are an exotic delicacy for music lovers are Dhadhies, Mirasis, Manganiyarv and the Langas. 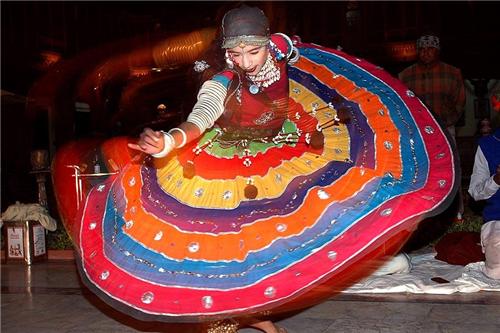 Folk dances in Bikaner is yet another visual treat for travellers and connoisseurs for tourists and admirers of art forms like Saluda, Bhav, Ghumar, Mataki performed by women in vibrant costumes while men perform Patta, Tandava, Pisach and Ger dance forms. These local folk dances are quite old and believed to have commenced before the Rathore dynasty’s reign in Bikaner. The Patta dance is popular during Moharram and performed by Muslim skilled dancers with finesse. Moreover, the Jasnathi men and young Jasnathi boys believed to be possessing occult powers perform the thrilling fire dance to the beat of drums where they walk over burnt and hot charcoal spread on the ground. 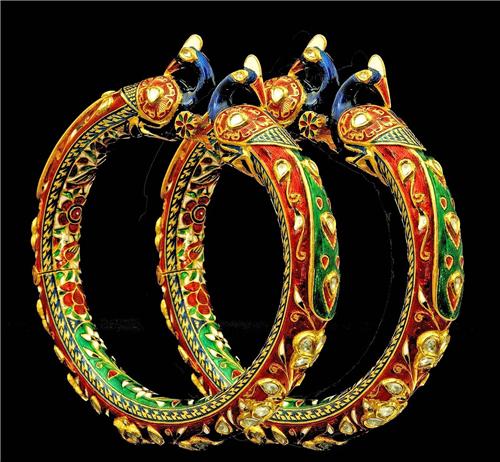 Rammats or the traditional folk drama is also a special feature of the culture of Bikaner which has existed since early 19th century, and each area or mohallah in Bikaner has its distinct Rammat performance. People of Bikaner celebrate all festivities and fairs with equal enthusiasm without any religious bickering or differences like Gangaur festival, Kolayat fair, camel festival, Holi, Navratri, Loors, and Dhamals and so on.

Arts and Craft Culture in Bikaner

Bikaner’s art and craft culture is magnificent and it has flourished since 1600s; the miniature art is quite famous in the region and visible in carpet weaving and paintings. The unique choice of colour, shades and variations in Bikaner miniature art makes it a prized possession for art lovers as well as Meenakari art on jewellery and stones and carpet weaving from camel hair known as durries.

Utsa art is another specialty in Bikaner initiated by Raja Rai Singh and this form of painting on camel hide is visible in golden meenakari and other paintings forms as well. Junagarh Fort, Rampuriya Havelis in Bikaner houses an excellent variety of Utsa art and visitors will be amazed by the marvellous artisan and craftsmanship. Utsa art was immortalized by Hisam- ud -din Utsa and his footsteps were followed by recent artists Mr. Ayub Utsa, Mr,Hanif Utsa, Mr. Javed Hussain and the list goes on.

Women in Bikaner are dressed mostly in colourful flowing ghagras or ankle length skirts, a blouse or choli, kanchali, a short top worn over the blouse and a veil known as Odhani and lots of ornaments. Men on the other hand are dressed in dhoti or pajamas, kurtas or angrakhas, kamarbandh, white pagri (turban or safas).